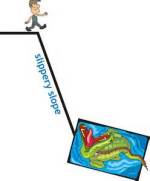 excessive ruminating. Initial attempts were reasonably successful for three short weeks, until last Friday when I started to ruminate my way down a slippery slope. Yes, I slipped on my weary ass and it feels like a humiliating defeat.

By the time I arrived at Paul’s therapy room on Thursday, I was sick to the back teeth of hearing my own voice banging on day and night about the same dysfunctional family dynamics. It’s ridiculous how I go to great lengths to keep certain people at a distance, while allowing them to live within a daily stream of endless rumination. What is the point?

I do believe rumination can be a worthwhile part of the healing process, but I need to make space in therapy for analysing my own shit within. The first problem to raise its ugly head is my fiercest enemy, anger.

Even though I need to speak my mind, it’s seldom in anger. This is less to do with being a cool and controlled Cat, and more about feeling terrified of my own anger and the other person’s response. 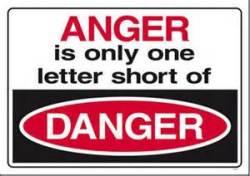 Something deep within says that anger is bad and I am bad for feeling or expressing it. Anger might provoke a furious response, or antagonise the threat of aggression and violence. Anger is wrong and can only end in rejection. This is ridiculous, I know, but those are the early ingrained messages. It’s easy to see how depression is anger turned inwards.

When I was in confrontation mode with Dr C at last week’s group therapy, every part of my body trembled while my voice quivered through our tense interaction. I wasn’t necessarily fearful of her response or worried that my anger might spiral out of control, but this tiny winy bit of agitation I had towards Dr C, felt like the last straw to a mountain of anger I’ve supressed over the years.

Anger has always been an extremely self-destructive emotion. Years ago, I would go off on drug and alcohol binges, each one conceived in anger. My reckless lifestyle would titter on the edge of danger until my health finally gave way.

In hindsight, it’s easy to see how that behaviour was less about addiction and more to do with self-destruction. Nevertheless, the anger didn’t go anywhere, but instead it evolved into chronic depression.

dreaded rumination and I really do need a break.

If we receive punishment and rejection for feeling angry as children, there is little opportunity to learn how to express this emotion as adults. If those early messages say we are bad, ungrateful and selfish for feeling anger, it’s hardly surprising that we systematically turn our rage inwards.

41 thoughts on “The slippery Slope & Anger”