Following my last post “Stuck in Therapy & Resistance,” this week’s individual session and the group were rather neutral in comparison. My intention was to try to connect to supressed feelings, but it didn’t quite go to plan.

It all started Wednesday when I arrived home for lunch prior to my session with Paul and found an inconsiderate moron parked in my bay. I parked on the adjacent road, a wide-open space with plenty of room for vehicles to pass… that’s until the beer delivery truck arrived at the pub opposite and abandoned his lorry adjacent to my car. 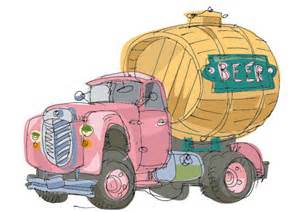 car and the illegally parked lorry and a few curse words were hanging in the air. I was rushing to dress while watching from the window and as soon as the men finished offloading the beer, the driver calmly placed a note on my windscreen. My heart sank, imaging all sorts of damage to my pride and joy.

I got outside just as the lorry was leaving the street and curiously lifted the note from my windscreen and this is what it said,

“Great place to park, you cunt!

the next time I see your shit car I will smash you up.”

“Shit car?” cheeky git, it only has 3,000 miles on the clock. I would love to see what kind of wreck he drives. When I got over the initial man-insult, I saw red.

I detest people who place abusive notes on cars; their cowardly deeds never leave a reply address or a phone number. He had no idea who owned that vehicle. How would an older person feel to see such an aggressive and abusive note? I was furious, but had to put it on the backburner until after my session with Paul.

Oddly enough, when I was with Paul, it didn’t cross my mind to talk about what had just happened, even though I was sizzling underneath. I couldn’t work out whether the incident was distracting, or if it was Paul.

I was trying to tell him about the anniversary of my attack last Sunday, which wrote about here. I am in the process of finding a way of retelling the story that might help connect to the feelings, but this is no easy task.

I would say a few sentences and then fall silent, choosing my words carefully while searching for emotion. I have never wished for silence in therapy so much in my life, but Paul kept talking and talking and bloody talking at every opportunity. 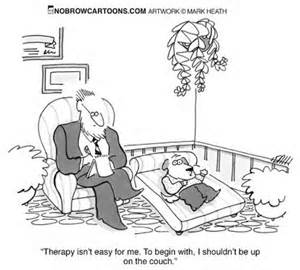 My biggest dread at the start of therapy was the silence and Paul was always mindful of this. His “reflections” are always about me, but repeating everything I say and continually checking out his interpretation is starting to grate on my nerves. I left the session feeling irritated with Paul and still reeling from the abusive note on my car.

The donut made a few mistakes that day (not Paul, the delivery driver) If he didn’t consider someone might be watching, he failed to notice there were workers erecting and testing CCTV just above my car.

While his handwriting and punctuation were impressive, it must have eluded his intelligence that he was actually writing the criminally offensive note on the back end of an official document from his company and the telephone number of Head Quarters is included for my benefit.

The last mistake he made is picking on someone who is sick of bullies assuming they can intimidate the rest of us into submission. I’ve had enough of saying it is okay, when clearly it’s not.

What would you do?

And now I’ve ran out of time to write about Friday’s group session, which was a rather bizarre end to the week.