At Friday’s group therapy, one of the Therapists said she would like to ask me

something about the previous week’s session. I had shared parts of my horrific experience of coming face to face with the psycho-killer from hell.  This is the root of PTSD and Agoraphobia, which I shared in my post, ‘Experiencing Dissociation’.

This was a very public story in its day and my life became an open book in the media. There was no other option but to be open and honest with those closest to me, even about the private and intrusive parts I would rather they didn’t know.

Rather than sympathise with the victim of an extraordinary violent crime, most people thought I was a fool for going home with a stranger in the first place, some openly said, “You were asking for it.” Why would you want to frequent a gay nightclub? Why did you not sense the danger? Why did you not see he’s a psycho? Why did you not realise when he drugged your drink? My Dad, in all his wisdom, said, “You should stay away from people of your own kind.” He meant gays, not psycho killers. 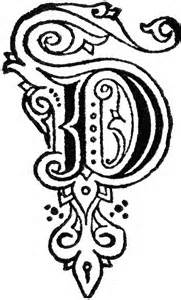 I nicknamed those ghastly responses the ‘Five D’s’. Disbelief: Disapproval: Disappointment: Devastation and Disgust: It was difficult to testify against my assailant in a High Court trial, but at least the trauma was over in a few days. That’s more than I can say for the cross-examination by condescending peers who would then cast their harsh, holier than thou judgements.

That was over twenty years ago. A short time later, I moved a few hundred miles away, changed my name and, of course, my so-called friends. I never did mention it again, not even to family… until now.

Other than some professionals, people in London don’t know of this secret part of my life and neither do they realise I’ve changed my name. I relocated here under the pretence of “starting afresh” when, in reality, I was running away. Does this mean I’m still running?

I was taking an enormous risk sharing parts of this story at last week’s group therapy. It felt strange to hear myself uttering those familiar words. There was every chance this could bring me face to face with the ‘Five D’s’ all over again, but it didn’t.

Everyone in the room listened intently and supported each word with empathy and, most importantly, non-judgement. They accepted my story as my own pain, rather than a sensational piece of news that somehow seems to affect everyone.

I am not sure where I should go with all of this now. I do recognise this experience as the root of my PTSD and Agoraphobia, but part of my mind thinks it is pointless to go over the same old systematic story without connecting to the feelings.

reading a script for the evening news. Without a doubt, healing partly comes from ‘observing the feelings’…but where the heck are the feelings?